Oncillas are amongst the smallest of South America’s wild cats. They have short, thick light brown to gray fur, spotted with dark brown rosettes with a black outline. Their eyes range in color from light through to dark brown. These animals are often mistaken for margays or ocelots. Although oncillas are smaller, they otherwise look very similar to these species, oncillas being more slender and having larger ears and a narrower muzzle. Furthermore, their eyes have a more lateral location than those of the margay, and their tails are longer than an ocelot’s. 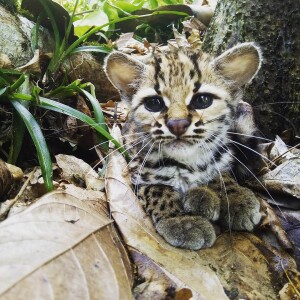 Oncillas are mainly found in South America, though small populations also live intermittently in Central America. Oncillas live north of Costa Rica and in the south as far as the very north of Argentina. They favor forest habitats and inhabit a wide range of forest ecosystems, including cloud forests, dense tropical forests, humid montane forests, and humid premontane forests. They seem to expand into deciduous and subtropical forests, and they have successfully populated semiarid thorny scrub and savannas in Brazil. They are also found in eucalyptus monocultures and plantations. Oncillas are mainly nocturnal but in areas like Caatinga, where their diet primarily consists of diurnal lizards, these animals are more prone to be active in the daytime. During the breeding season pairs are sometimes seen, but they are considered highly solitary animals. Although they are primarily terrestrial, they can climb well. Females have a range that is 0.9 to 2.3 sq. km, while that of males is 4.8 to 17 sq. km, larger than usual for cats of such size. Males in the wild can be very aggressive towards females. Not much is known about communication between oncillas. Young kittens purr, while adults make a short and rhythmic “gurgle” sound.

Nothing is known about the wild oncilla’s mating system; however, captive animals of this species appear to stay with the same mate for life. Mating takes place in early spring and the gestation period is about 75 days. Oncillas usually bear 1 kitten in each breeding cycle, but they can have as many as 3. Kittens start to eat solid food at 5 to 7 weeks of age, and by 3 months old they are usually weaned. Teeth start to grow after 21 days, later than for most cats; however, their teeth tend to emerge all at the same time, within a few hours. At 4 months old kittens are completely independent and by 11 months they are fully grown. Females are sexually mature at 2 years old, and males at 18 months. 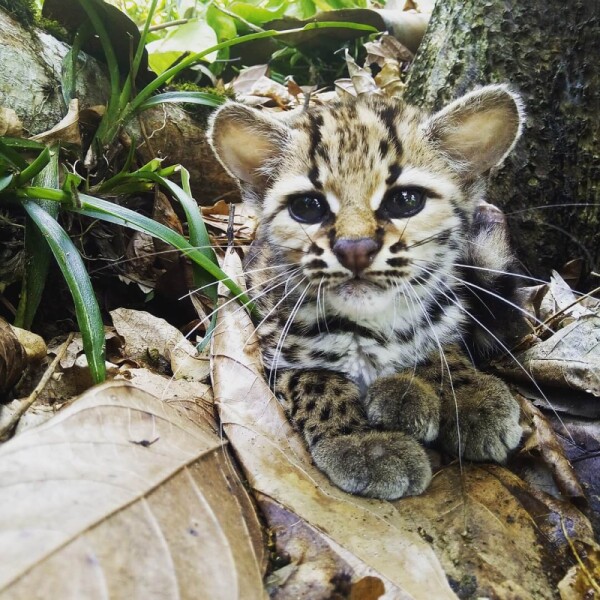 Decades ago the oncilla was heavily hunted for the fur trade, subsequent to the decline of the trading of ocelots. Although international trade stopped, there is still some illegal hunting, most often for the local market. Current threats to the oncilla include habitat loss and fragmentation, roads, illegal trade for pets and pelts, and killing as a result of the animal preying on poultry. Populations are extremely fragmented and are being further drastically reduced by the conversion of habitat to pasture and plantations. Any change in the predator/competitor dynamics of native species could be another threat that has previously been undetected.

According to the IUCN Red List, oncillas are rare everywhere throughout their habitat with an expected total population size ranging from 8,932 to 10,208 adult individuals. This species’ numbers are decreasing and it is classified as Vulnerable (VU) on the List of Threatened Species.